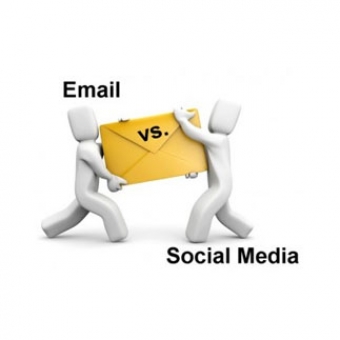 When someone starts talking about their email client, typically we start thinking about either Gmail, Yahoo! Mail, Hotmail, and Outlook. These seem to be the four most commonly-used email clients today. And yet here we are on Monday morning talking about email, and it’s AOL and Facebook that are the topic of conversation.

AOL announced over the weekend that they have launched the new interface for AOL Mail, nicknamed Project Phoenix. The look and feel seems to be similar to that of Gmail, but includes some additional value-added features. Just to name a few:
– Easy to import mail from other providers
– AOL claims it will be about twice as fast as Gmail
– Three main panels for viewing email folders, email content, and any attachments
– Tabbed inbox allows the user to open multiple emails or email folders at once
– The Quickbar allows seemless integration and updates for AIM and other social media networks
– Conversation history panel (an alternative to the conversation thread that Gmail uses)

AOL was one of the first email clients available, but as other options entered the market and grew rapidly, AOL has lacked the innovation to keep up and stay ahead. But with up to 45% of AOL traffic being driven from their email client, it’s necessary for them to bring AOL Mail back to relevance. It looks like the “New AOL” will be a great service, unless it’s too little, too late. It has currently been released as a limited beta and will fully launch sometime next year.

Facebook was in email news as well, as they are expected to announce today that they are launching their own email service as they continue their back-and-forth battle with Google. Can’t we all just get along?