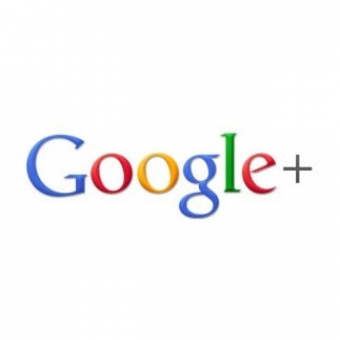 Google Plus... too little, too late?

Earlier this week, Google launched its latest attempt to develop a presence in the social space, after Google Wave already failed and Google Buzz barely hangs on. Google Plus has been introduced as a Facebook-like application that allows users to connect with friends, share pictures, update statuses, display which websites you like (connects to Google’s new “+1″ feature) and displays your Buzz updates. But with Facebook already years ahead of the game, is there even an opportunity to directly compete with them, even by a powerhouse like Google?

Circles – When adding connections through Google Plus, you have different Circles, or groups that you can put your contacts in. By default you can place them in Friends, Family, Acquaintances, or Following (people you don’t know, but want to follow their news stream anyway), and there’s also an option to create your own circles. Facebook added a similar option a few months ago to segment connections and share information with only particular groups, but it’s been slow to catch on. I think Google Plus will be more successful with it since it’s part of the initial launch.

Sparks – Allows you to search for interesting news stories about your particular interests. With the power of the web (which you’re already using if you’re on Google Plus), I don’t know how much value this service brings to the platform, but it’s a nice thought.

Hangouts – This is pretty cool. It’s an opportunity to set up a group web-chat with other members of your circles that are online. Certainly an innovative service that is way beyond the capabilities of Facebook Chat (Google Plus does have a regular chat feature as well).

+1 – Google recently launched its +1 feature, comparable to Facebook’s “Like” feature, online it’s throughout the web and not used just in one application. Your Google Plus profile displays the websites that you’ve +1ed. (Wow, past tense of Like is much easier)

Other features – Connects to Google Buzz, your Stream (similar to the Facebook News Feed), upload pictures and video.

Where will Google Plus provide value?

Google Plus, as of now (I’m sure new features will be developed and Labs will be added), seems to be a much simpler version of Facebook. I still see many people considering joining Facebook only to see how much information is shared, features are available, people vs. pages vs. applications, etc. and get turned off. Google Plus could be a great middle-ground alternative for those people that are hesitating. But of course, the social media platform will only be valuable if other users are interested and want to socialize.

Ive always been an early adopter of IT, my 1st IBM XT in 1982 for $7000 (16k memory/5 mb disk), moving IBM apps to MS OS in the 90's (didnt win any IBM exec fans) and implementing large scale data warehousing nearly 20 years ago, long before what most folks understood what BI was or how to use it.

I think you are right, we are just seeing the early signs of what Google has in the wings, and I hope they give FB a run for their money. Should be interesting to watch over the next 2 or 3 years to see how it unfolds. I was just hoping for more at the start.