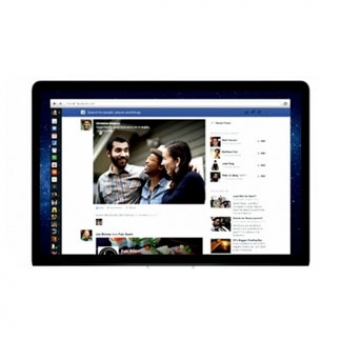 There’s a reason social media sites like Twitter and Pinterest are so popular – we are getting lazy! Most people prefer to read 140 characters or scroll through pictures than read the encyclopedia. Yesterday, Facebook announced its biggest change since starting in 2006.

Watch out NY Times, Facebook CEO Mark Zuckerberg, said the goal of the news feed “is give everyone in the world the best personalized newspaper.”

So how does this change affect your company’s social media branding? Well Facebook announced it will:

· Bring life to your news feed through vibrant visuals

· Streamline its appearance across devices

“Hello, bright beautiful stories.” What’s so significant about bigger pictures? It’s more than big pictures. Facebook is taking things one step further by adding visuals to more content. For example: when someone likes your page, your company’s cover photo and profile picture will show in friends’ news feed. While you’re updating your cover photo, don’t forget to include “eye catching” thumbnails to your posts.

Introducing the Following Feed. This category is designed specifically for Pages. Users will be able to chronologically see posts from all of the brands they follow. Don’t worry, your Page’s posts will still be included in users’ main news feed.

Other Social Media Outlets. Although it is the biggest social media outlet, Facebook understands users are active on other sites. To keep your attention, Facebook announced it will incorporate other social media channels, such as Twitter and Pinterest, to its interface.

Want to be one of the first to get the new Facebook news feed? It’s easy – just visit  facebook.com/about/newsfeed, scroll to the bottom, click the green “Join the waiting list!” button and Voilà!